Russ Berkowitz has filed a lawsuit against Northeast Medical Group and Yale New Haven Health Connecticut Heart and Vascular Center in Bridgeport Superior Court on behalf of the estate of a client who died suddenly of a heart attack just two days after being evaluated by a cardiologist who was employed by the defendants. Our […]

Russ Berkowitz Recognized By The Best Lawyers in America 2020

Russ Berkowitz has once again been chosen to be recognized in the 26th Edition of The Best Lawyers in America 2020 for his work in the area of Personal Injury Litigation-Plaintiffs. For more than three decades, Best Lawyers has been regarded by the legal profession as the most credible measure of legal integrity and distinction […] Jennifer Amdur has just settled a medical malpractice case against a hospital, surgeon, and primary care team on behalf of a client who sustained horrific abdominal injuries following what was supposed to be a routine hernia surgery. Following her hernia surgery, our client developed signs and symptoms of a surgical perforation but none of her […] The Berkowitz and Hanna Charitable Fund is pleased to announce that it has recently granted $7,000.00 to the Bartlett Arboretum’s Silver Education Programs. These youth education programs include: funding full scholarships for low-income children and children living at Inspirica (a homeless shelter in Stamford, CT) for an 8 week summer camp; an elementary school aged […] Russ Berkowitz and Jennifer Amdur have filed a lawsuit in Hartford Superior Court against Hartford Hospital and their surgical team on behalf of the estate of our client who died six weeks following brain surgery as a result of the hospital’s operating team performing surgery on the wrong side of his head and brain, which […] 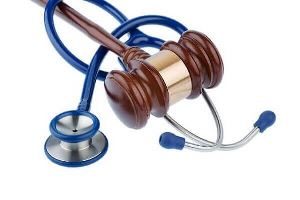 Russ Berkowitz has filed a lawsuit against Yale-New Haven Hospital in New Haven Superior Court on behalf of a baby that was born with permanent neurological deficits following two days of labor at the defendant hospital. During that time, our client’s mother was never offered a c-section throughout her labor period until the very end […] Kelly Ferraro has been awarded $900,000.00 in the NFL Brain Concussion lawsuit on behalf of a retired NFL player. Our client, an All Pro running back in the 1990’s, sustained multiple concussions over the course of his career and was diagnosed with a permanent cognitive impairment that has affected his daily living. Congrats to Kelly […] Jennifer Amdur and Russ Berkowitz have just settled a medical malpractice wrongful death case against a Connecticut hospital on behalf of a baby who died while under the care of the hospital’s NICU. Our client, a premature baby who was doing quite well, accidentally extubated while being transferred from the nurse to our client’s mom […]